The purpose of this trip was to showcase Australian players to the Greek Soccer Club giants of Athens and to give the players the insight of a professional footballer’s life in Greece.

We arrived in Athens settled in our headquarters at Glyfada, and in the afternoon we had complimentary tickets from Panathinaikos F.C to watch their match against Paok F.C! What a start.

We trained at the local soccer ground on a synthetic pitch organised by Olympiacos F.C. and played our first match against the youth team of Olympiacos F.C winning the match 3-2 what a result!

We had a camera crew following us doing a documentary on Greek television and we where in the news while in Athens, there was a buzz around town about the Technik Football  team from Australia.

Our next game was against first division side Agaleo and the boys were pumped! We lost the game 2-0 but we held the professionals out till the last ten minutes until their coach put on a fresh eleven to avoid the embarrassment in the press next day.

By now the boys were enjoying the trip at its fullest, and Olympiacos F.C. had organised complimentary tickets to watch Olympiacos F.C v Appolon, the Karaiskaki stadium was electric ! it is an experience that no one will forget, not to mention the red shop that the boys spend buying Olympiacos merchandise discounted for Technik Football  team.

Our next game was against the youth team of Panathinaikos F.C. We arrived at the ground to be given a tour of the training facilities, the museum and to be greeted by Ante Seric the aussie that played for Panathinaikos. We hade a 1-1 draw but we displayed good technical ability something that the Greek press acknowledged and on of our players Dimitri Hatzimouratis that scored the goal there was interest for his potential. Gerry Kalouris the 16 year also impressed as did Kosta Lagoudakis.

Ante Seric the aussie born Croatian international that played in three world cups gave the boys a visit at the hotel and presented the boys with a complimentary jersey each and had a talk about his career given the boys priceless advise.

In our final game we played AEK  Youth team and we lost 3-0, the boys did very well overall.

Considering we had to give every player equal time of play the results were fantastic and the purpose of the tour was truly fulfilled beyond our expectations. All were impressed with the professional organisation by Peter Katholos as the coach/tour director and organiser and Tass Evgeniou the team manager for such a successful tour. THANK YOU TO ALL! 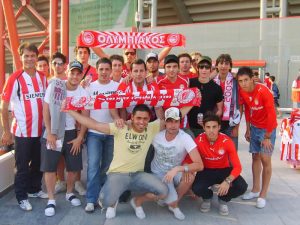 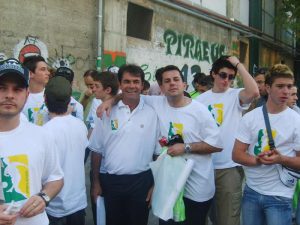 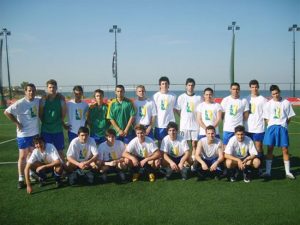 click here for more photos of the Greek Tour 2007